Hey, it's Andrew. Every Friday I share examples, tips and strategies in the newsletter. Sign up in the yellow box below.

How to Use Your Presentation Deck Effectively 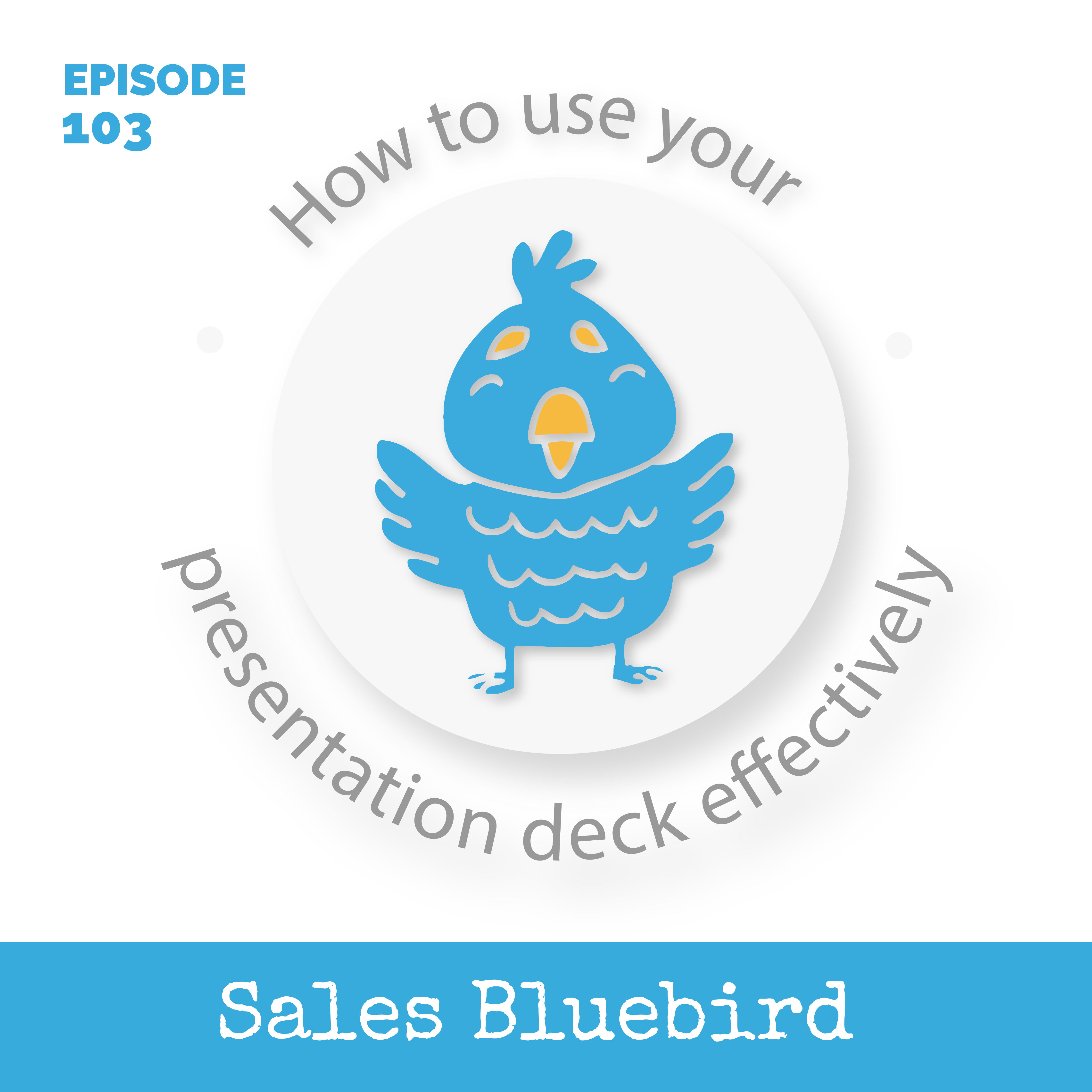 For today's episode we’re talking about that first meeting where you describe everything you do and what you have to offer.

At some point in the first meeting, you need to position what you do. Your prospect is there, ready to engage and they’re asking themselves a few questions. They’re wondering what does your company do? Who are they like that they already know about so they can do a comparison? Who is already working with them?

This is where we usually pull out a presentation deck. Now, this deck itself has become synonymous with pitching and talking all about you and your company. Unfortunately, most prospects aren’t looking forward to this part, but we as humans, benefit from using visuals.

So, let's go over 5 ways to use your deck effectively:

#1 Start every slide with something about the prospect

You have to make sure that you are making it about them. Use the information you learned prior to this meeting and tailor this presentation to the prospect’s needs specifically. If you didn’t have a meeting prior to this then find a way to relate it back to them by talking about others just like them. Get them ready to take part in the conversation.

#2 It’s all about you and the mindset you have going into the first meeting. Go in there thinking it'll be a conversation.

Even if you have a deck, go in there thinking it'll be a conversation. You want to keep in mind that you are using your deck to drive a conversation rather than to pitch or lecture. Your role is not to convince, your role is to seek an alignment that there are ways to fix their problems.

#3 Have specific intentional questions for each slide

Be intentional about your questions. If you ask lame questions, well you’re going to get lame answers. Have it in your mind before you go into the meeting, that in certain points of the deck there will be specific and thoughtful questions that'll drive conversation.

Most likely, right when you say that you’re going to share your screen, whoever you’re presenting to is already thinking this is gonna be painful. There's that initial worry about what's gonna happen. Address that.  You can say something like “There are some areas I want to drive the conversation into and I think a few visuals will help us do that, so, I'm going to show you some! Don’t worry it's only 5 slides; it's not really a pitch thing either, I just wanna use them to drive the conversation a bit further.” Also keep in mind that saying something like, “I want to use visuals to help drive the conversation further” is much, much better than saying “I wanna make this interactive.”

Be sure to not start the conversation off with something like funding, logos, or showing your executive team. You want to start with the important stuff, the dessert! They care about their problems and some alternative approaches to help fix their problems. To be really effective, use emotional words. For example, if you’re saying that something takes a long time, say that “many are frustrated that it takes a long time”. Empathize with them and then show them how you can address the challenging problems that they talk about.

We hope that these 5 tips will help you be more successful in having your first meetings turn into opportunities.

Thank you for reading!

Top 10 Sales Podcasts You Don't Want To Miss Out On

Whether you’re a salesperson, business owner, or entrepreneur, staying up-to-date on the latest sales trends and strategies is essential for achiev…

5 ways to be a bold cybersecurity sales person

Does the sales deck you have been "need some work"?

Find out how to dial in your first sales call deck so that prospects just "get it" and want to take another meeting.  Learn more >>>